Since the inception of the BlueJackets Invitational four years ago, Farragut’s wrestling program has steadily grown in numbers and strength. Calvin Brown, a mainstay at Farragut over the past 28 years, played an integral part in helping set the foundation that second-year coach Ron Timpanaro has been able to fortify over his short but successful tenure.

Under the guidance of Timpanaro, the program produced two of its most impressive wrestlers ever – Robbie Enmon and Dontae McGee, both graduates with the Class of 2015. Enmon, who is now competing on the team at San Francisco State University, and McGee, who is doing the same at Ohio University, each won a state title in their respective weight divisions.

While this season hasn’t included wrestlers as elite as Enmon and McGee, it has included a bevy of talent across the board, so much so that the BlueJackets, who won seven dual meets this year, might produce four participants at the Florida High School Athletic Association state tournament later this month, the most ever for Farragut. Those four include a senior contingent of Noah Farrelly, Jack Lescarbeau and Trayvon Taylor along with junior transfer Ashton Taylor.

“It’s hard to replace wrestlers like Robbie and Dontae but this senior class has been tough,” said Coach Timpanaro. “Noah has been the spark plug of the group. Jack has been incredibly competitive in every match. Trayvon has improved exponentially as the year has gone on and has a real chance of placing at states. Finally, Ashton has made some great strides since transferring over from Gibbs and has shown a lot of promise.”

Their performance at the Invitational was instrumental in helping the BlueJackets finish in second place with 169 points, Farragut’s best finish ever at the tournament. Strawberry Crest took first place honors with 203.5 points in the nine-team event.

“It’s great for the kids and great for the school, in general,” Coach Timpanaro said. “We didn’t have as many teams as we did last year because we only have two mats. Once we’re able to add another mat, we will not only be able to have a bigger tournament; we will be able to host more tournaments during the season and during the offseason, when most wrestlers compete with clubs. Fortunately, we’ve had a couple alumni donate some money. We’re almost there financially to being able to afford another mat.”

Despite having just nine teams, the event on Saturday, January 30th featured some quality matches. 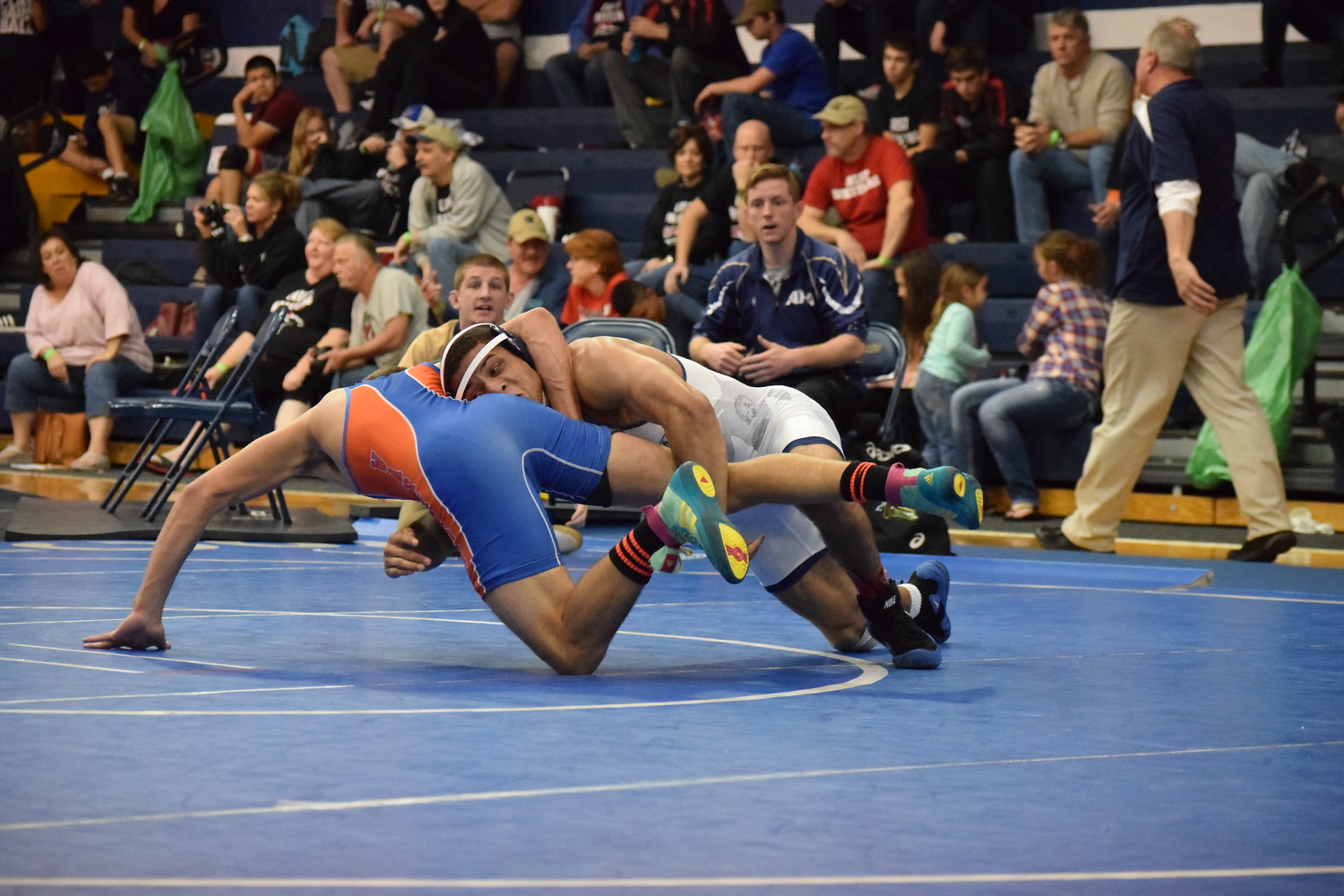 Noah, a transfer from Pinellas Park, was named as the tournament’s Most Valuable Wrestler after sweeping through the 126 pound class and capping it by securing a fall in 16 seconds over Sean Gratton (Land O’Lakes) in the first place match.

“I’ve worked incredibly hard this year for moments like this,” said Noah, who has a 33-2 record this year and is ranked fourth in the state. “This is a great tournament to compete against some of the better wrestlers in the area. We did excellent as a team. This sets us up great for the postseason.”

Jack’s bout in the 138 pound championship match against Josh Spears of Land O’Lakes provided the event’s most dramatic moment when Spears secured a point in the last second to take a 10-9 decision over Jack.

“It was really tough to lose like that because he knew it would have been his 100th win,” Coach Timpanaro said. “I knew the match could have gone either way because both Jack and (Spears) wrestle in a similar fashion. It’s heartbreaking for him not to have won his 100th match in front of a home crowd, but he knows he has 10 matches left to do so. He won’t get it at home, but he’s happy he still has a chance to eclipse 100.”

While Jack was unable to establish history, Angela LoRusso ‘19 secured three wins at the tournament, tying her with her season total and establishing a career high for wins at a tournament.

On Saturday, wrestling in front of a packed house at the J.A. Huntley Gymnasium, Angela, one of two female athletes on the team this year along with newcomer Katrina Bennett ‘19, turned in her most electric performance of her career, winning three of five matches to capture third place in the 106 pound class at the Invitational.

“I’m incredibly excited,” said Angela, who finished a place behind her teammate, Caleb Lemmons ‘20. “I’ve had incredible help and guidance from my coaches and my teammates, who have been really encouraging. It’s neat to think where I was and where I am now and how I’ve really grasped the technical part of the sport.”

Angela will compete at the 2016 Florida Girl`s High School State Tournament over the Valentine’s Day weekend. The event, which will be held at Osceola High School in Kissimmee, featured over 180 girls from 30 schools last year.

“She’s really strong for her size and she’s really developed into a solid wrestler,” said Coach Timpanaro. “She hit a cradle during one of her matches that was picture perfect. You don’t realize how much a kid is improving until you see them hit a move during a match like that.”