As baseball, lacrosse, softball and track all begin their spring seasons, wrestling is finishing its winter campaign with a bang. The BlueJackets had five wrestlers qualify for the Florida High School Athletic Association (FHSAA) Class 1A Regional tournament after turning in outstanding results at the District 11 tournament last weekend.

Jack Lescarbeau and Noah Farrelly, both representing the Class of 2016, won their respective divisions with Jack taking first place with a 6-3 win in the 138 pound weight class and Noah scoring a second-round pin to capture the title in the 126 pound weight class. Jared Butler ‘17 (132 pounds), Trayvon Taylor ‘16 (152), and Ashton Taylor ‘17 (HWT) each earned second place finishes in their respective divisions.

“It’s relieving because I’ve wanted to get a district title since my freshman year,” said Noah, who finished fourth in districts last season while competing for the Palm Harbor University wrestling team. “What made the difference this year is the incredible support I’ve had from my teammates like Jack, Jared, Ashton and Trayvon. Also, the coaching staff has been awesome. They’ve all pushed me to reach my full potential. I feel like I’m ready to make it to states this year and win a title.”

The team as a whole finished in third place out of 14 schools.

The region tournament will be held at Evangelical Christian School in Ft. Myers with the qualifiers starting at 6 p.m. on Friday, February 26 and continuing on Saturday, February 27.

For Jack, who has been wrestling with a high ankle sprain since injuring his leg two weeks ago, advancing to regions as a district winner is a big confidence boost.

“It’s huge, a really good motivator,” said Jack, who finished in second place at districts last season. “I’ve been wrestling really defensively, making a lot of counter moves and it’s worked in my favor. I’ve learned how to incorporate different techniques and I feel really good going into regions.”

In addition to the outstanding performance by the boys, Angela LoRusso ‘19 finished her second season in impressive fashion by competing at the girls state tournament in Orlando where she compiled a 2-2 record, including two pins.

“It was definitely difficult because it was my first time, but all the other girls were really supportive,” said Angela, who also competes on the softball team. “I feel like I’m actually a wrestler now and not just trying to figure it all out. It’s really nice to be in the position I am now.” 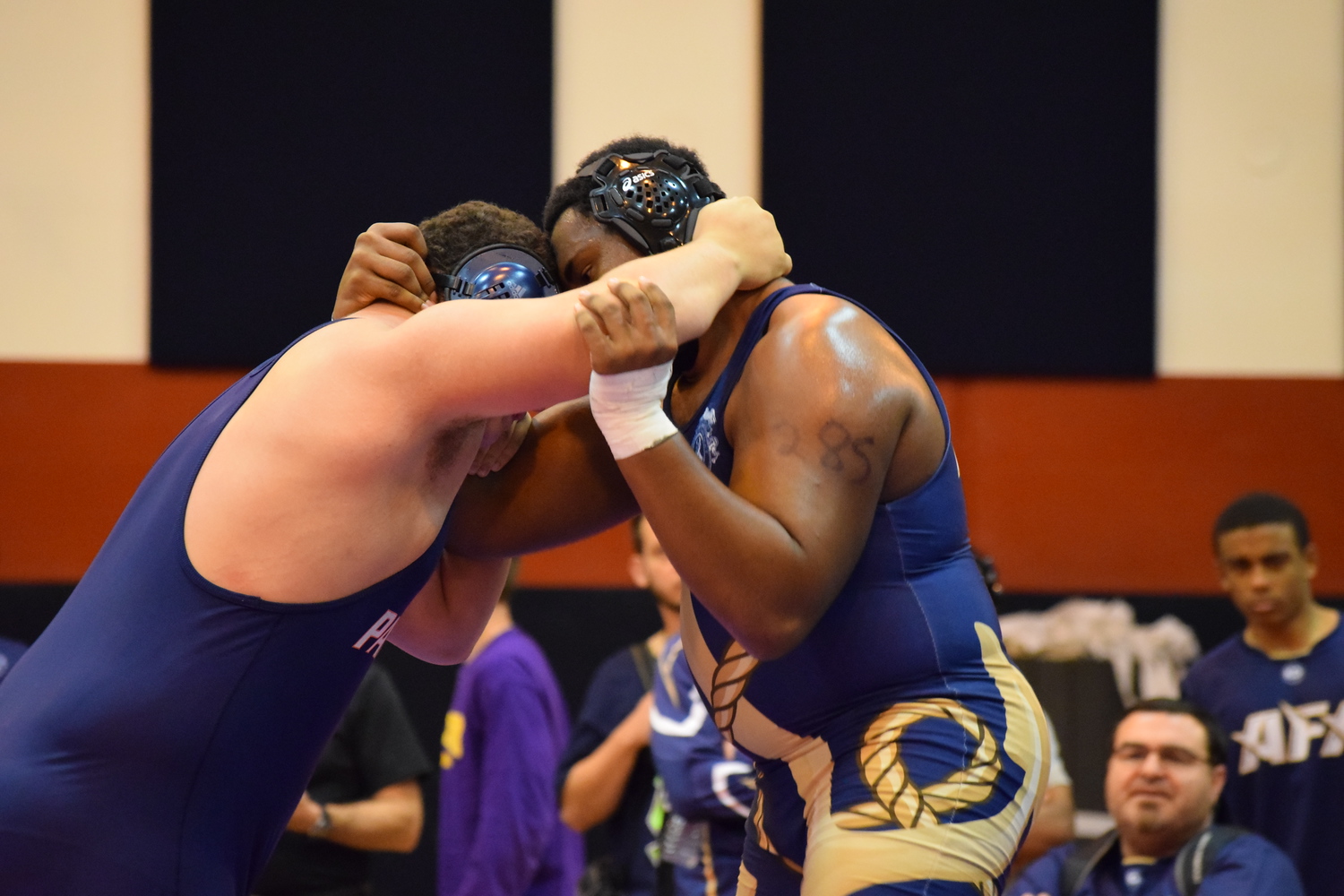 Join us for Family Day on March 4th
Scroll to top