Growing up in Wilmington, DE, and on the Chesapeake Bay, boating wasn’t just a pastime for Ed DeSeta. It was a passion.

So when the 14-year-old saw a magazine ad with a picture of students sailing at a faraway school, he was enthralled. Young Ed pointed to the ad and asked his father if he could attend that school: Admiral Farragut Academy in Florida.

Yes, he could attend Admiral Farragut Academy. No, it could not be the campus in St. Petersburg. To Pine Beach, NJ, he went.

Thus began a lifelong devotion to Farragut, first the northern campus from which he graduated in 1967. Today, the St. Petersburg campus as well.

DeSeta is among the school’s most involved and generous alumni. Most recently, his generosity resulted in the school naming its new multipurpose creative and performing arts facility after his family. Fittingly, DeSeta Hall was built on the site of the former DeSeta Chapel, which had been named in honor of his father, Edward Joseph DeSeta.

He challenges others to give back.

“Whether you have been part of the Farragut community for one year, 40 years — or more — you know what an amazing institution this is, the progress that has been made each year, and the opportunities ahead,” DeSeta said. “We can’t stress enough how important the support of the entire Farragut community is to this institution. Most people give back to their colleges but Farragut is where you learn structure, time management, confidence, and establish lifelong relationships.”

He’s always been all-in for Farragut. As a student from 1963 to 1967, DeSeta rose to Battalion Commander (a feat his son Alex would repeat 37 years later at the St. Petersburg campus) while also excelling at wrestling and track.

After graduation, DeSeta attended the Maine Maritime Academy, a college that graduates officers into the U.S. Merchant Marine and related industries. That same year, his father unexpectedly passed away and it wasn’t long before he returned to run the family business. 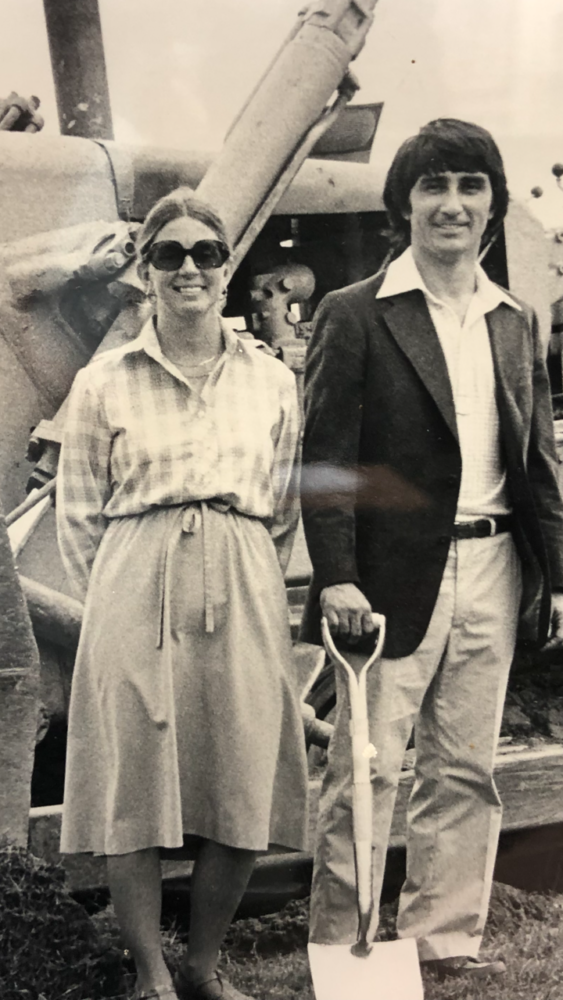 In 1971 while still in his early 20s, DeSeta bought his first commercial property with cash he had saved. Before it was even finished being built, he’d leased the entire building. A new enterprise was born but those early days could be tough.

“At one point in 1979 while I was building a 244,000-square-foot shopping center and paying 19 percent interest and hoping I could finish the project, pay my contractors, pay my bank the interest, and have tenants move in to pay the rent,” DeSeta said. “I was staying awake nights and finally prayed to God to help me, and if I was successful, I would always be sure to give back.”

His prayers were answered. The business he founded, EBD Management, today is the DESETA Group, a private real estate investment company that he owns with his three sons and manages 1-million square feet in the Charleston, SC, market. With his business thriving, he could follow-through on his pledge to give back. At first, he focused on the Pine Beach campus. In the early 1980s, he bought a vacation home in Sarasota, FL, near Farragut’s southern campus and began to support activities there. After the northern campus closed in 1994, DeSeta turned his full attention to the St. Petersburg campus that had captivated him from the beginning.

The DeSetas started such projects as the Farragut Hall dorm air-conditioning, theater lighting, perimeter fencing, awnings, and landscaping. They also donated furniture and equipment, created a scholarship for Nantucket-area students, and challenged them to bring lacrosse to Farragut. Additionally, DeSeta fostered the creation of a wrestling program that today is nationally known. He is a member of the David Glasgow Farragut Society, Blue Jacket Club, and Heritage Society.

Besides donations of money and resources, he has donated his time — as a past board member for both campuses, past president of the alumni association, and an inaugural member of the Admiral Farragut Academy Foundation.

Not only has he stayed close to Farragut in spirit, but also in person. DeSeta and his wife Wanda reside in Charleston, SC, and Nantucket, MA, but are frequent visitors to the St. Petersburg campus. Of course, the strongest bond to the campus is his son, Alex, who boarded and excelled at Farragut from seventh grade in 1998 to graduation in 2004. By investing in Farragut for so many years, the DeSetas have not only helped prepare their children for life but also to continue their legacy of philanthropy.

A sign in DeSeta’s office conference room reads: “Scientific research has confirmed that people who give are happier, healthier, more successful, and live longer.” After reading that sign, he asked: “How much more motivation does someone need to get involved other than knowing they will be a better person for doing so?”

His passion for giving is shared by his wife of 43 years: “The joy of seeing your children paying it forward is the most satisfying reward,” she said.

Today their three children — Patrick, E.J., and Alex ‘04 — are instilling the value of giving back to their own children. Though E.J. did not attend Farragut, he values the school dearly, calling it a beacon.

“Without that beacon, without a Farragut, too many would fall through the cracks and not achieve what otherwise they would have been capable of achieving in life,” E.J. said. “That’s why we support Farragut.”

Brother Alex, who served as an Army Captain and Ranger after graduating from Farragut and The Citadel, said he and Kate plan to challenge their two sons to give.

“When they’re old enough, their first gift of giving will be $100 from their parents, with instructions to choose who they’d like to give to,” he said. “Hopefully, it’s Farragut they choose and where one day they will also attend.” Alex already has taken the philanthropy baton from his father and recently made a significant contribution to the Academy’s marine science and sailing programs, resulting in a new waterfront equipment storage facility. AFA Bowl-A-Thon 2019, fun for everyone
Scroll to top