Members of Admiral Farragut Academy’s prestigious drill team and the Class 2A District championship football team visited the kids at the Nina Harris Center for Exceptional Children on Wednesday, January 27th in what has become an annual event. Appearing for the fifth time, the cadets from Farragut delighted the students, faculty, staff and family members with performances by the armed and unarmed exhibition drill team as well as a 7-on-7 game by the football players.

Nina Harris is dedicated to providing a safe, nurturing environment where special needs students can build self-confidence, independence and self-esteem to maximize their success at home, school and in the community.

The event started with Nina Harris principal Arlene Sullivan presenting a trophy to company commanders Brooke Liu ‘16, Kyndal Olander ‘17 and Alex Wilkins ‘16 for Farragut’s commitment to service. Then, with the Color Guard standing at attention with the American flag, Daniella Greco ‘17 sang a beautiful rendition of the National Anthem. Following the anthem, Chelsea Brown, a 12th grader at Nina Harris, assisted Commander Schock with the opening call to order for the drill team to perform.

“This is so great that they come out here to see us and put on this event,” Chelsea said. “I was super excited to participate.”

“It makes you feel good when you see how excited they get and to see their reactions when we do certain things during our performances,” Alex said. “I got a little emotional at the end when they all started clapping and cheering. It was really special.”

The football team then divided and put on a scrimmage between the “Blue” team and the “White” team in which BlueJackets coach Ryan Hearn officiated.

At the end of the scrimmage, kids from the school got to play. The highlight of the game came when the football players graciously let each of the kids score, bringing joy and excitement to each one of them as he or she crossed the goal line.

“You can not imagine the impact on the kids here (at Nina Harris),” said Phyllis Sava, the school’s physical education teacher. “To these kids, the football players and the members of the drill team are rock stars. The kids see them wearing their uniforms and they view them with such pride.”

After the game, the football players and the drill team interacted with the kids and signed autographs for them. They even danced a bit as music blared in the background with 1st Sgt. David Worthy and Commander Schock joining in on the action.

“To have the kids react the way they do when we arrive feels special,” said James Morrison ‘16, a three-year starter on the BlueJackets football team. “I’ve been doing this every year I’ve been at Farragut and it’s always incredible to see how they act when they get to join with us on the football field. It makes you feel proud that you’re able to have a positive effect on someone’s life.” 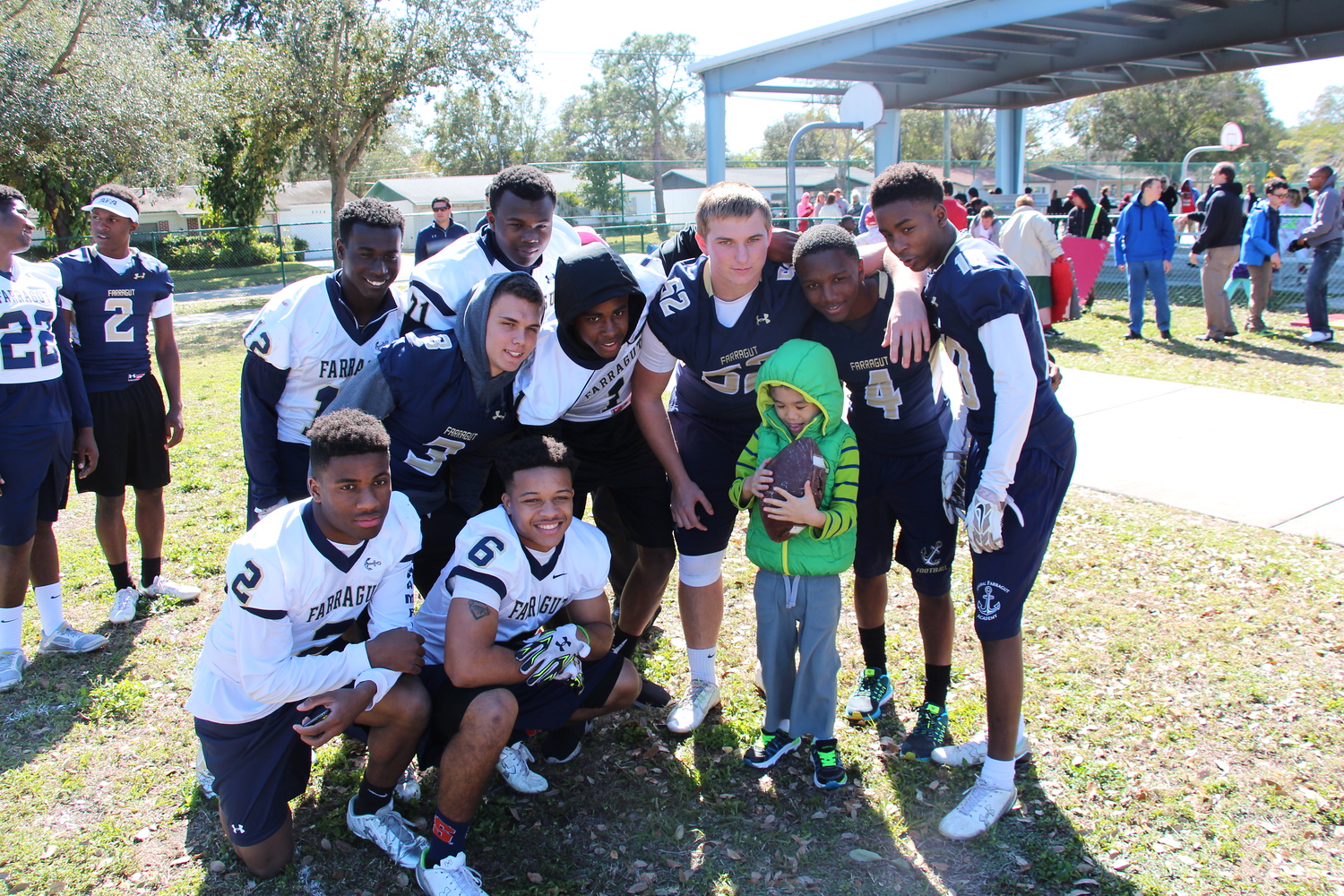 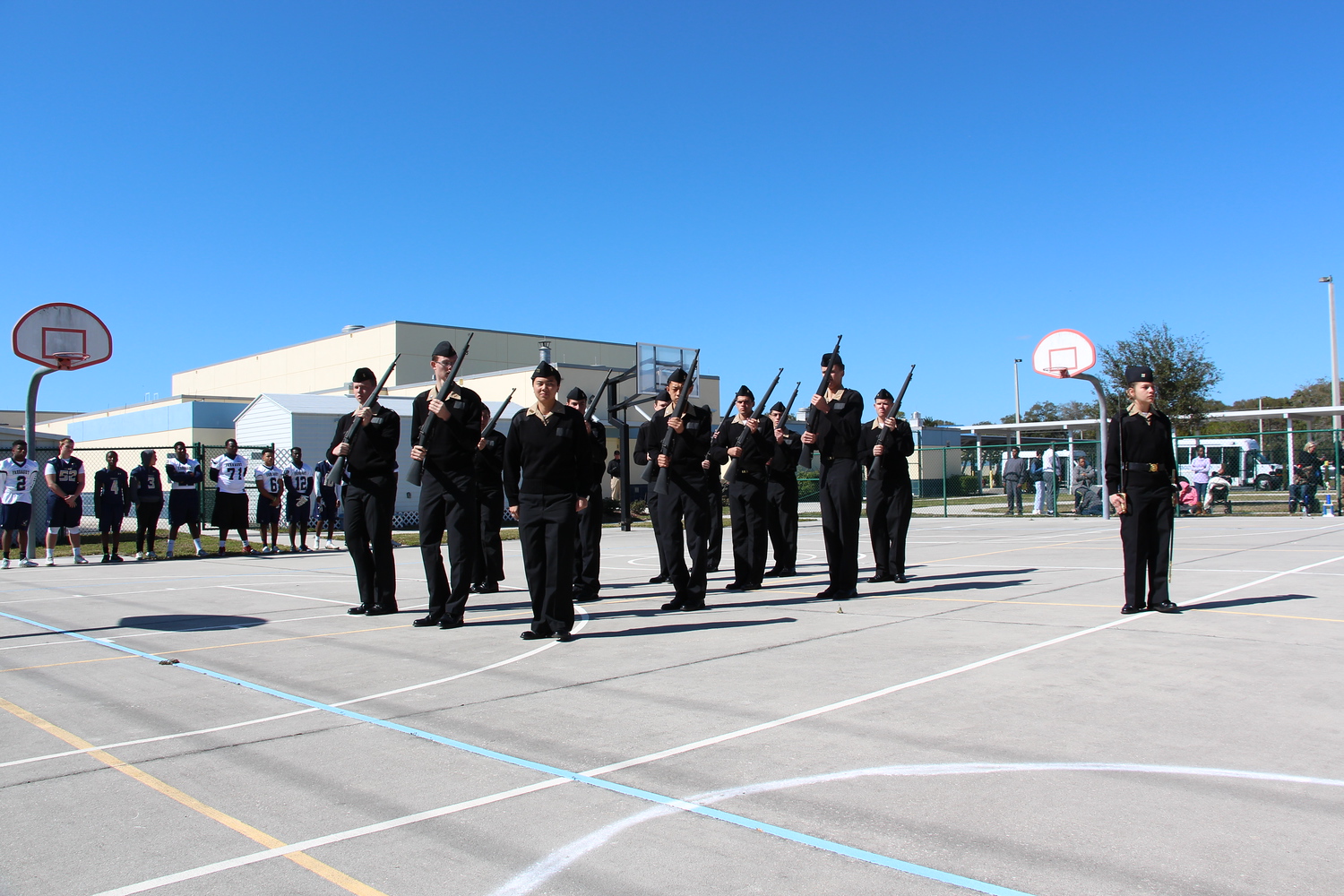 Nikita Zinovyev ‘19, a boarding student from Russia, talks about his Farragut...