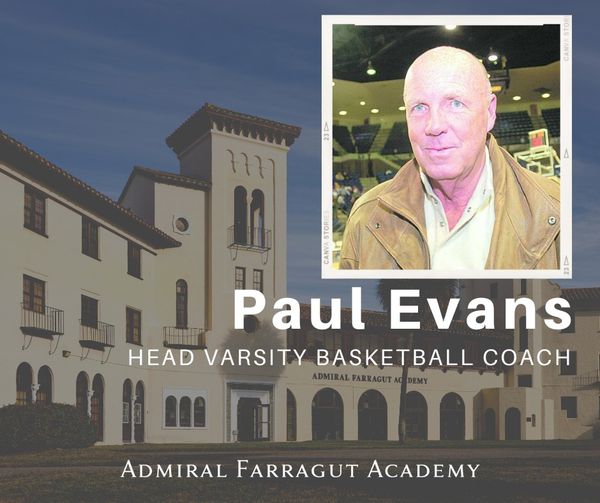 While coaching David Robinson of USA’s Olympic Basketball ‘Dream Team’, he turned the Naval Academy into a national powerhouse. While at Pitt, he led the team to a #2 ranking in the nation. Coach Evans has made seven NCAA tournament appearances with the University of Pittsburgh and Navy, including an Elite Eight appearance. He has had great success developing assistant coaches, including John Calapari (University of Kentucky), Todd Golden (University of Florida), and Sean Miller (University of Arizona).

Paul Evans coached college basketball for 21 seasons, building an incredible coaching success story. He accumulated 392 victories. He worked his way up from Division III St. Lawrence University in Canton, N.Y., to the sport’s top ranks. He has a history of running basketball programs in which players graduate and lead successful, productive lives.

As a college basketball coach, Evans earned the nickname “The Mad Doctor” from some of his players, not just from making players carry bricks or run arena steps wearing weighted jackets. During his first season at Pittsburgh, Evans turned off the lights in the locker room and fired a starter’s pistol loaded with blanks into the air to spur his players into getting off to a better start than usual in that night’s game against Duquesne.

Steeped in history, with alumni in the White House, on the surface of the moon, and in leadership positions worldwide, Admiral Farragut Academy focuses on elite academics and outstanding personal leadership development.

Admiral Farragut Academy is a private, coed, international college preparatory school with a world-renowned boarding school program on the water in tropical St. Petersburg, Florida, close to beaches and a vibrant downtown harbor.