On November 29, 2016, the iconic Grumman F-11 Tiger aircraft that has been displayed on Farragut’s campus since 1986 once again took flight, this time with the help of a 120-ton crane.

It was an unusual job for the Anthony Crane company, who, being unsure of the weight of the classic plane, brought a larger-than-necessary crane to lift it. Once it was off of the supports, the plane was broken down and loaded onto a truck to be transferred to the California Science Center in Los Angeles, California. The transfer occurred to make room for the future construction of the new building, a multipurpose center, consisting of 20,000-square-feet which will replace the DeSeta Chapel and contain an auditorium/multi-purpose room that is slated to seat over 300 visitors, as well as staff offices, conference rooms, and classrooms for music, drama and art.

“Although the aircraft static display has been an iconic piece of our campus, it is time to remove it and build what will be a new iconic building. A building that will be the hub of our our student activity. I am sad to see it go but I welcome the prospect of a state of the art building to meet our academic and social needs.” said Alison Lescarbeau, Academy Advancement Director.

Find out more about the New Building Capital Campaign

History of the F-11 Tiger

The Tiger that stood magnificently on display with its thin swept wings and coke-bottle shaped fuselage at the 5th Avenue entrance was the sixth aircraft manufactured of its kind (Bureau Number 138608) with its first flight occurring on March 12, 1955. Originally intended to explore the possibility of adapting the basic F9F Cougar to the Area Rule, a design technique used to reduce an aircraft’s drag at transonic and supersonic speeds, the project soon morphed into something that bore no resemblance to the Cougar. 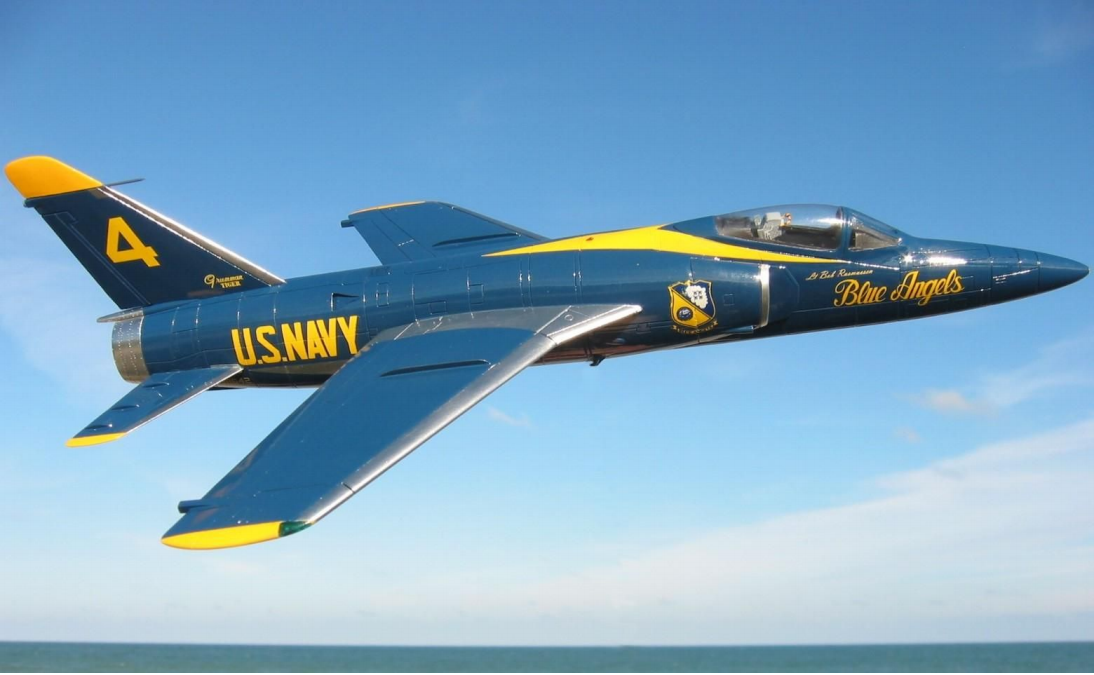 The Tiger did not completely lose its bite, though, as it became the mount of the Navy’s Blue Angels flight demonstration team for 12 years from 1957 to 1969 when the team exchanged Tigers for McDonnell F-4J Phantoms.

Following their retirement, the demonstration team’s Tigers were relegated to storage at Davis Monthan Air Force Base in Tucson, Arizona.

Finding a home at Farragut Admiral Farragut Academy acquired the one on display with a dedication on October 10, 1986 due to a combined effort by CAPT Mike Moriarity, headmaster from 1986 to 1990, CAPT Richard Wheeler, headmaster emeritus and development officer at the time, and the Honorable Edward Cole Jr., MD, who was the mayor of St. Petersburg from 1985-1987 and also served as Farragut’s doctor. While Farragut has made efforts to move the Tiger to another section of campus, the elements and the cost proved to be the biggest adversary.

“After 30 years on display and over 60 years since its first flight, the aircraft has become badly corroded in the Florida heat and humid salt air,” said CAPT Tom McClelland, Farragut’s development officer who also served as director of naval science for many years.

“The organization taking ownership has members on its staff that are former engineers and machinists who worked for Grumman, the original manufacturer. They have the ability and the equipment necessary to fabricate and replace the corroded aluminum panels and properly restore the aircraft for display. We are fortunate that they are removing the plane at no cost to the school.”

Find out more about the New Building Capital Campaign