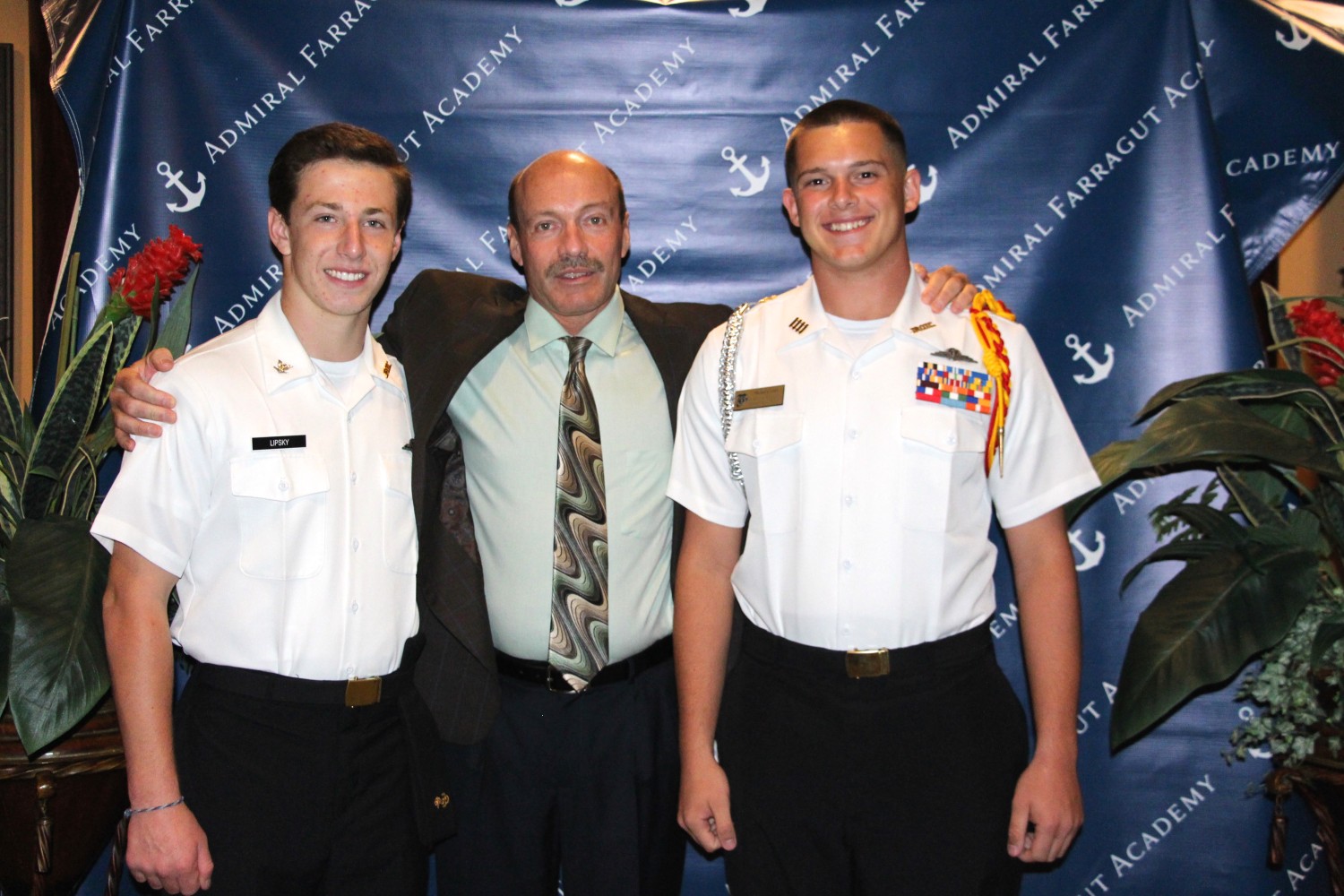 Office of the Commandant “The leader can never close the gap between himself and the group. If he does, he is no longer what he must be. He must walk a tightrope between the consent he must win and the control he must exert.”

— Vince Lombardi, the legendary Green Bay Packers coach who led the Packers to two Super Bowl trophies and is widely recognized as one of the greatest coaches – and teachers – of all time.

When reading a quote about leadership from Vince Lombardi, it is easy to understand why Admiral Farragut Academy’s Commandant, Todd Wallingford, lists the Packers as one of his favorite sports teams.

“Admiral Farragut Academy is a unique place,” said Wallingford, who joined Farragut at the beginning of the 2014-15 school year after being in a similar role at Culver Prep school Academy in Indiana for 16 years. “We recognize the importance of the balance between Prep school structure and college preparedness. This is not a boot camp. This is a place to prepare kids for college and ultimately for life.” Yet, Wallingford and the two other men hired to re-invigorate the Office of the Commandant – United States Marine Corps 1st Sgt. David Worthy, who began last year with Wallingford, and the Senior  Naval Science Commander Rick Schock, who started at the beginning of the 2015-16 year – respect the fact that Farragut was built on a prep school structure and the people within it have thrived because of such structure Office of the Commandant.

“Everyone involved has a vision to return Farragut in some way to its roots in regard to a prep school structure and attitude,” said Wallingford, whose office is responsible for naval science, residential life, security and safety, student discipline, operations, and the well-being of the corps of cadets. “The alumni look at the tradition and they have a sense of pride with regard to Farragut’s foundation. The feedback I’ve received has been incredibly positive.”

Since joining Farragut last year, Commandant Wallingford and 1st Sgt. Worthy have had a major impact on the school. In a short amount of time, they have consolidated departments, assembled a new staff, instilled a new sense of pride in the cadets, established a new discipline system, played a large role in updating the dorms from a tangible and cultural standpoint, and implemented new policies and procedures Office of the Commandant.

“We recognize the importance of the balance between prep school structure and college preparedness. This is not a boot camp. This is a place to prepare kids for college and ultimately for life. We knew as soon as we met each other we’d be on the same page,” Wallingford said. Both men served in the prep school – Wallingford in the Navy for 10 years and Worthy in the Marine Corps for 20 years – and they bring a certain type of leadership that is similar in origin with both men being positively affected by mentors who demonstrated effective guidance.

As Worthy puts it, that leadership style equates to being “firm, but fair with the proper amount of dignity and compassion.”

Both men left stable careers where they were well-established because they saw an opportunity to impact people in much the same way they were impacted early on in life. For Worthy, it started with influence from a Marine Corps Master Sergeant when Worthy was in the Junior Reserve Officer Training Corps.

“This guy literally pulled me into his classroom one day and told me I was headed down the wrong path and that I had more to give to life than that,” said Worthy, who is originally from Charlotte, North Carolina. “His words of advice are why I joined the Marine Corps and the reason I am who I am today.”

For Wallingford, it began with Ted Sanana.

“When I first started boot camp, we had this drill commander who was hard as nails, using expletives right and left, throwing trash cans around to try and make a point,” said Wallingford, whose southern twang adds more spice to the story when told. “He would just yell for the sake of yelling and treated people horribly. One day on a run, he tore his leg muscles. He soon was replaced with Ted Sanana, who we originally thought was going to be the same type. He wasn’t. The first thing he told us was if we do our best and we help him by working hard, he would help us. ‘Respect me and I’ll respect you back’ is what he told us. He made an impact on me to treat people the right way.” Under the guidance of Wallingford and Worthy, Farragut’s Regimental Officers reported to school a week early and went through rigorous and comprehensive training. The emphasis of their training was on “Servant Leadership,” focusing on the operational aspects of the regiment and the dorms.

“They are front and center and proactive in interacting with our cadets in every facet of their academy life,” Wallingford said. “The Regimental Staff meets at least weekly with Naval Science to debrief and to be briefed. Their leadership educational process is ongoing. Our cadet officers have stepped up, and their presence in all aspects of academy life is evident and significant.”

Commandant Wallingford also addressed the boarding cadets during their first evening on campus, reviewing policies, procedures, and expectations. He then spoke to the corps of cadets in a combined assembly of day students and boarders on the first day of school. For the first time in two decades, the regiment was in uniform on the first day of classes.

In addition, physical training activities have now become a part of the norm with Worthy leading the different battalions on orchestrated runs around campus, complete with prep school cadence.

“I’m really excited about the change,” said Kollyne Thomas ‘16, who is the Battalion Commander of the Delta Battalion of the 2015-16 Regiment staff. “There has been a lot more structure and more organization. It’s brought back our prep school flair. We’ve been given a lot more responsibility to the incoming cadets and taking ownership on how to shape our character and being accountable for our actions.”

Another element of change brought about by the Office of the Commandant has included the proper wear and appearance of the prep school uniform, including keeping a cover on while outside.

“The uniform sets the tone from day one. This is the expectation. When you set the tone, it resonates through the entire student body,” said Worthy, who requested to have top quality uniforms available for the 2015-16 student body. “Understanding the proper way to wear a uniform translates to success in many other ways. Wearing it properly and wearing it the correct way makes them feel good about themselves and then they carry themselves in a certain way. They treat it with respect and dignity and then the way they walk and talk changes. You can see them carry themselves with more confidence. They see themselves in a certain way.”

Finally, just like the Green Bay Packers, respecting the nature of teamwork has been integral in how Wallingford and Worthy have operated since arriving at Farragut.

“I don’t think you can be effective without the team concept,” Worthy said. “Everyone wants and needs to buy in and they have. The Commandant sets the pace and we make his job easier by getting the things done that need to get done. Ultimately, though, it comes down to the cadets taking the task and being leaders themselves. They’ve done a great job in respecting what we’ve asked of them and we envision them continuing to build on what they’ve done so far.”